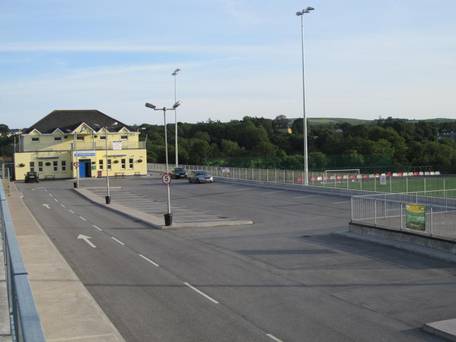 A thoroughly sarcastic doff of the cap is due to the Cork Schoolboys League’s disciplinary committee, who have seen fit to fine one of their teams for standing up to alleged racist abuse directed toward one of their players.

The Irish Independent are reporting that Carrigaline United U15s have been hit with a €200 fine for refusing to finish a game after one of their players was subjected to racial abuse from an opposing player – the second time he’d been subjected to such insults this year.

Carrigaline coach Mark McCarthy revealed that the player came off at half-time in a “distressed state” and, after consulting with the referee (who hadn’t heard the abuse), decided to withdraw his team from the pitch in a show of solidarity.

“I had to make a moral decision,” McCarthy told the Independent. “I had to decide whether we should continue and try to win the game, or should I protect our player.

“I chose to back the player, protect him and the club. And we got punished for standing up for that. I made what I think was the moral decision. I think I made the correct decision.

“He’s been subjected to this kind of thing twice. The second time, I had to make a stand.”

After the referee reported in, McCarthy was called before the Cork Schoolboys League’s disciplinary committee, which imposed the €200 fine on Carrigaline for failing to fulfil their fixture.

Carrigaline Utd then issued an official statement on the matter which read:

“We wish to acknowledge all the recent interest in this matter. We the club fully support manager Mark McCarthy’s moral decision to withdraw our team to protect our player from this type of behaviour.

“Racist comments are on the increase as identified by our league, we generally support their stand on this matter.