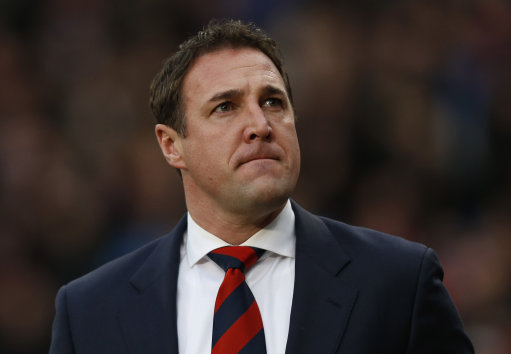 Malky Mackay has publicly apologised for the offensive text messages that have come to light as part of the ongoing FA investigations into Cardiff City’s allegations of misconduct against their former manager.

In what is now being referred to across the board as “Gay Snake-gate“, Mackay is alleged by Cardiff City to have sent and received a number of offensive texts from ex-Bluebirds sporting director Iain Moody.

Speaking in an interview with Sky Sports News this afternoon, Mackay apologised for his conduct, saying:

“The texts are things I absolutely have to deal with and explain. Out of 10,000 texts in and out of someone’s phone I sent three.

“That being the case, they are complete unacceptable and for any offence I apologise for that. There’s no excuse for that.

“I did it in a period when I was under intense pressure. Relationships were not going too well at the club at the time. But that should not have happened.”

When Pies are under pressure, we tend to eat biscuits and shout at clouds. Each to their own, we suppose.

“I’m a human being and I made a mistake.

“I would humbly ask people to ask themselves if their own mobile was taken and every message scrutinised, would there be embarrassing texts.

“I’ve been in a multi-cultural football environment for 20 years and I’m no racist. I’m no sexist, I’m no homophobe, I’m not antisemitic.

“The people who know me, know that.”