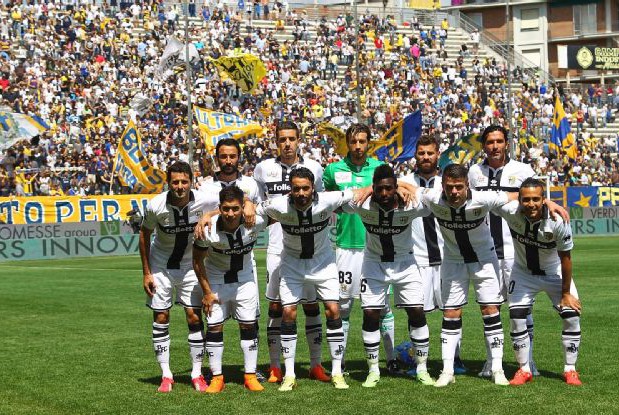 The fitting end to a truly miserable season, penniless Parma have been declared bankrupt and relegated from Serie A down to Serie D – Italian football’s highest amateur division.

As a quick recap, Parma have run the entire gamut of self-destruction over the course of the campaign; being sold not once but twice for the princely sum of €1, finding themselves unable to fulfil fixtures due to matchday costs, seeing their chairman arrested on suspicion of money laundering and even having to resort to putting their dressing room benches up for sale in a bid to raise a few desperate quid.

Alas, after talks broke down with a number of potentially interested parties, the club were unable to find a buyer who was willing to wipe their €22.6million debt and were left with no option but to declare insolvency for the second time in a decade.

The debt previously stood at over €80million but administrators, working under the guidance of former Parma midfielder and coach Demetrio Albertini, managed to talk the players into scuttling a large portion of their personal debts (i.e, unpaid wages and bonuses) in order to whittle it down to a more manageable sum.

Regardless, as they are now officially bankrupt and brasic, Parma are unable to register for Serie B next season (having finished rock bottom of Serie A in 2014/15) and have been demoted down to the amateur leagues –

That said, Albertini is certain that the proud club will fight their way back up through the divisions once again.

“In the last three months we’ve been working hard to try and do what we can. We managed to secure the provisional budget, and brought the sporting debt down from €80million to €22million.

“We did that thanks to the players waiving debts.

“However, I’m certain that Parma will be able to lick their wounds, roll up their sleeves and start again.”

Oh, how the mighty have fallen….again.