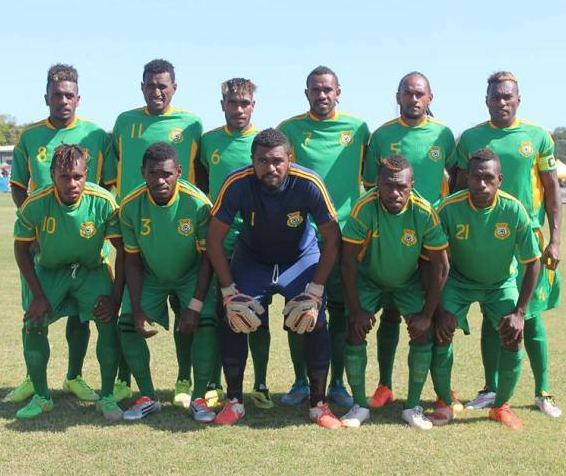 We are Micronesia, none shall pass

As you may or may not have heard, the Micronesian football team hit the news over the weekend after finding themselves on the wrong end of the biggest winning scoreline ever recorded in international competition.

Indeed, the Federated States of Micronesia were walloped 38-0 by Fiji at the Pacific Games on Sunday afternoon – a colossal drubbing that would’ve represented a new world record if Micronesia were affiliated with FIFA.

As it stands, the official world record drubbing is still Australia’s famous 31-0 win over ‘the worst team in the world’, American Samoa, in a World Cup qualifier back in 2001.

Unperturbed, Micronesia dusted themselves off and had another crack at setting a new world record on Tuesday when they lost 46-0 to the mighty Vanuatu – striker Jean Kaltack helping himself to 16 goals in the process.

Allied with the fact that they were also spanked 30-0 by Tahiti in their tournament opener last week, Micronesia are now sitting on an impressive goal difference of 0/114 after just three games.

Not that coach Stan Foster is remotely fussed about his side’s showing thus far.

“I just wanted the guys to keep fighting all the way through the game so they knew that when they came off they tried their hardest.”