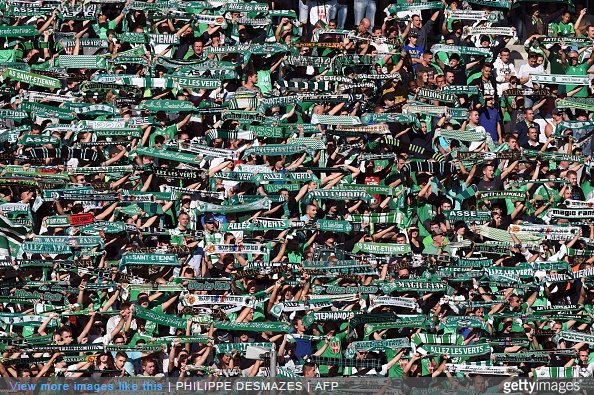 With domestic football on the back-burner for two weeks, the hooligans of the world have been forced to source their weird tribal kicks elsewhere.

Over en France, a group of baseball bat-wielding Saint Etienne ultras sought to pass the time by gate-crashing the wedding of a Lyon-supporting rival and smashing the place to smithereens.

However, according to the Daily Mail, it was only after the Saint Etienne mob had obliterated the buffet and wedding cake at the Chateau de Talance that they realised they’d got the wrong address and that their intended victim was actually getting married at a different venue five miles down the road.

The caterers were reportedly left traumatised by the “commando operation” they witnessed:

Everything was going through our heads when it happened. We even thought it might be terrorists.

They smashed everything. The staff were traumatised.

A van that we did not recognise came to the chateau and around a dozen hooded individuals got out.

When they reached the esplanade, where the reception was due to take place, they threw green smoke bombs and smashed up the buffet with bars and bats.

Police are now investigation with an official spokesman adding: “It was an extremely violent attack on an innocent couple’s day.”