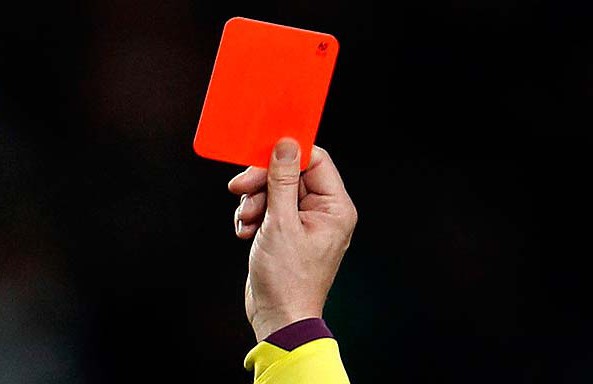 A Portuguese coach from down in the lower leagues found himself ejected from a recent game after mistakenly being accused of racism.

The referee was swift to issue FC Lordelo manager Juvenal Brandao with his marching orders against Valadares after overhearing the 30-year-old coach bellow “get closer to black”, seemingly in the direction of the opposition’s black striker.

However, what the official didn’t know is that one of Lordelo’s central defenders goes by the name of Preto – which is the Portuguese word for black.

So, whereas Brandao was actually instructing his two central defenders to close the gap between themselves, the referee mistook the shout for a racial slur and sent him packing.

According to Jornal de Noticias, Brandao tried desperately to explain the situation, but to no avail:

In the beginning I didn’t realise what had happened, but the linesman returned to tell me.

Then the penny dropped because the Valadares striker, Rene, is of black race.

I tried to explain that ‘Black’ was the name of my player, but I suddenly see the ref running towards me and giving me the red card.

Brandao also announced that Lordelo are planning to lodge an appeal and hope that the Disciplinary Board of the Porto Football Association will overturn his sending off, what with it all being a giant misunderstanding and all.