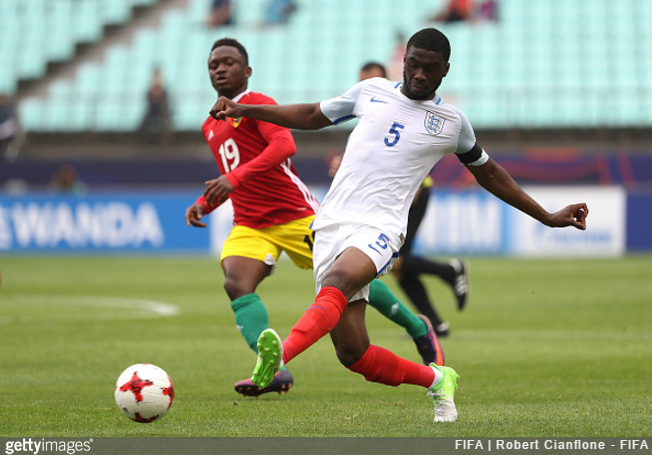 Having taken the lead just five minutes beforehand, England found themselves pegged back by Guinea in their Under-20 World Cup group game when Chelsea youngster Fikayo Tomori scored a truly fantastic own-goal.

Under pressure some 50 yards out, Tomori attempted to play a firmly struck back-pass to goalkeeper Dean Henderson.

Crucially, however, he decided to do so without checking exactly where Henderson was…

Fikayo Tomori has just scored one of the most spectacular own goals you will ever see for #England U20s 🙈pic.twitter.com/ujy6aRht0x

♫♫ When the ball hits the net without Guinea touching it, that’s Tomori ♫♫

For the record, the game is still in progress and the score is still 1-1.