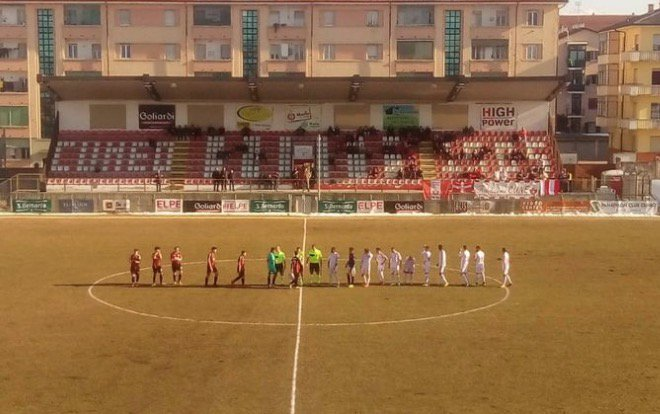 If you thought your side had it rough this weekend, then spare a thought for Serie C’s bottom side Pro Piacenza.

Having forfeited their four previous matches due to a lack of players, penniless Piacenza knew that ducking out of a fifth consecutive fixture would see them expelled from the league entirely.

So, with the club’s senior players and staff reportedly unpaid since August, the lowly side managed to scrape together a team of teenage ringers – just seven of them, all aged between 16 and 19 – and sent them out against mid-table professional opposition.

Piacenza are also without a manager, so their 19-year-old captain was forced to stand in and do double duty.

Cuneo had previously only scored 18 goals in the league all season (24 games) but soon found themselves 13-0 up inside the first 35 minutes, going in at half-time with a commanding, if slightly hollow 16-goal advantage… 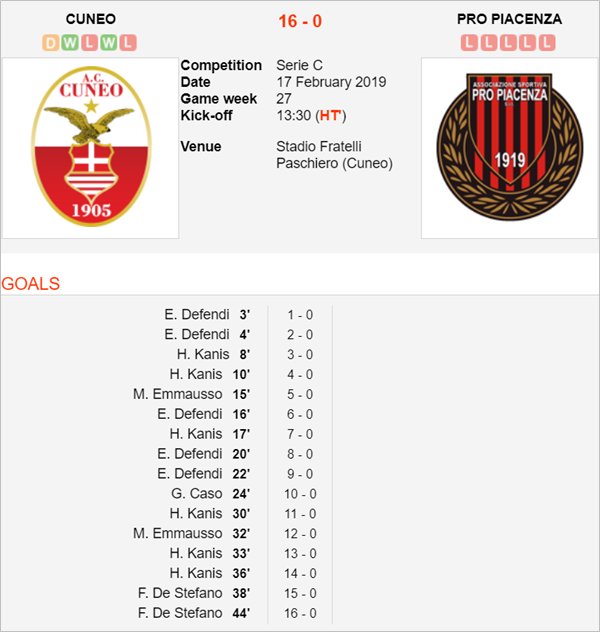 The home side eased off in the second half and managed to limit themselves to just four more goals as they ran out 20-0 victors, with three players scoring hat-tricks including a double hat-trick for Hicham Kanis.

However, given that Piacenza now face an Italian Football Federation hearing on 11th March that may well see them liquidated, there’s a chance that the scoreline won’t be allowed to stand and that all Cuneo’s hard work will have been in vain.