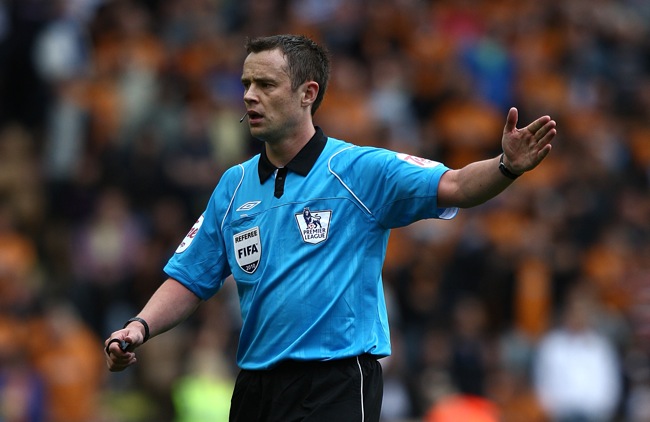 The Premier League insist that under-fire referee Stuart Attwell has NOT been dropped for this weekend’s Prem programme following Saturday’s incident-packed match between Liverpool and Sunderland at Anfield.

Attwell has been named only the fourth official for Tottenham’s game against Aston Villa at White Hart Lane this weekend.

But a Premier League spokesman said: “He has not been dropped – he was always scheduled to be fourth official for the Tottenham match.”

Attwell was also accused of bottling it after only showing Steven Gerrard a yellow card for an elbowtastic challenge on Danny Welbeck.