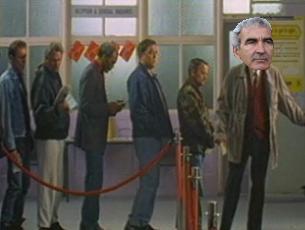 French radio station Europe1 are reporting that France’s worst, but paradoxically also their longest-serving, manager Raymond Domenech has ‘signed on’ to the dole at his local employment office and will receive €5600 a month in benefit.

The figure is so high because French benefits are apparently calculated as a percentage of your previous salary, which in Domenech’s case was presumably fairly generous.

Nothing has been confirmed yet, but rest assured that Pies will update you as and when.