You can’t Ty me down 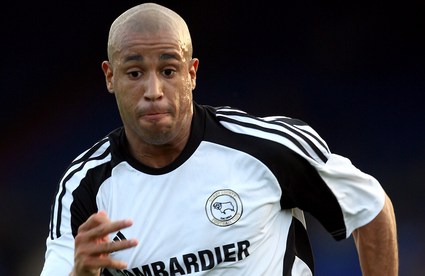 Derby County full-back Tyrone Mears is in deep doodoo with his club after leaving the country yesterday to go on an unauthorised trial with Marseille. The 25-year-old flew to France allegedly believing that a loan deal had been agreed between the two clubs. But Derby insist that no such deal was in place.
The Rams’ chairman Adam Pearson said: “To take off without being given permission and go on trial beggars belief. There is little doubt he will be disciplined in the most severe way possible. We are prepared to sell him but the price will have to be right. He is a proven player with a transfer value.”
I am not sure which beggars belief the most: taking off to another club without permission or the fact that Marseille are interested in Tyrone Mears!