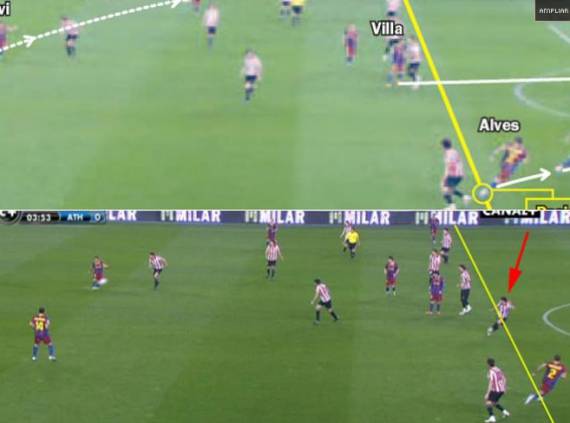 Spanish newspaper ‘AS’ is widely known to be firmly entrenched in Real Madrid’s corner as far as footballing allegiances go, and their ridiculously partisan bias was given yet another airing on Monday.

The paper have been forced to apologise for photoshopping Athletic Bilbao defender Koikili out of the photo (above) they used to illustrate just how ‘offside’ Barca’s Dani Alves was in the build-up to the Catalan side’s opening goal last weekend – the swines.

A spokesman for AS issued a vague statement this morning, saying that the rag ‘apologised for the error in the computer graphics in the 1-0 incident’.

See? It was all just a harmless ‘computer error’ – nothing to see here, move along.