Check out the appalling state of the pitch at Rotherham’s Don Valley Stadium (which is actually located in Sheffield) after U2 played a gig there: 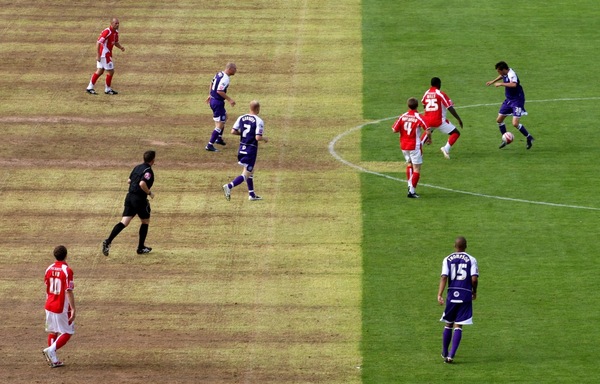 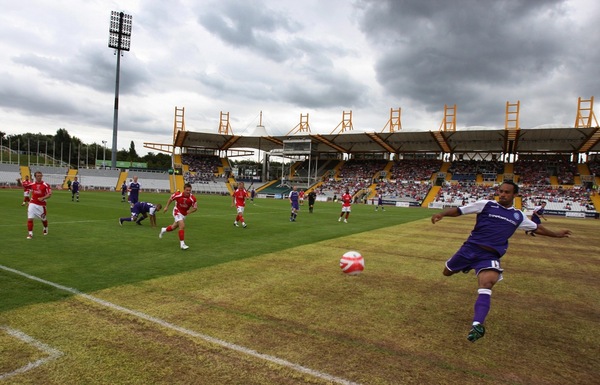 Rotherham and Rochdale had to play on that on Saturday, just a couple of days after thousands of Bono lovers had jumped up and down in unison for a couple of hours. No wonder the pitch took such a battering.

Rochdale boss Keith Hill complained to the ref about the pitch before the match, but as bad as it looked, it was passed fit and actually didn’t seem too bad to play on. Rochdale then lost 2-1, a result that did little to brighten Hill’s mood. He said:

“The pitch wasn’t conducive to any type of football. It should probably have not been played. You don’t get preference because Rotherham don’t own the stadium.

“The stadium manager obviously booked Bono in, so we came second best to Bono.”

Just imagine how angry Fergie would be if this happened at Old Trafford. Off. The. Scale.