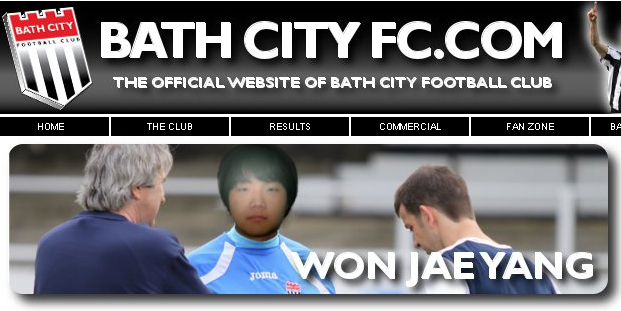 Won Jae Yang wants to be Bath City manager, and he wants it bad. The 17-year-old Korean student has bombarded the Blue Square Premier League strugglers with in excess of 100 emails highlighting how the club can improve and how he’s the man/boy to replace current manager Adie Britton and lead them to glory.

In a slightly cruel but highly entertaining move by the club themselves, they have decided to publish a selection of the teenage obsessive’s emails.

His first email begins thus: “Hello. My name is Won Jae Yang from Korea. The reason why I am sending you an e-mail is because I want to be Bath City’ Manager. On its last game, I believe that that the Bath City’ played well but has not 1played to its full potential. The current ranking shows you that. Honestly, I do not understand Manager, His tactic fluctuates harshly. He does not satisfy Bath City’s passion.”

Interestingly, Bath City, who have currently lie bottom of the table after taking just eight points from 20 games this season, ask the question  – Should Won Jae Yang get the job? Send your thoughts to wonjae@bathcityfc.com.

I sense the birth of a new cult hero.