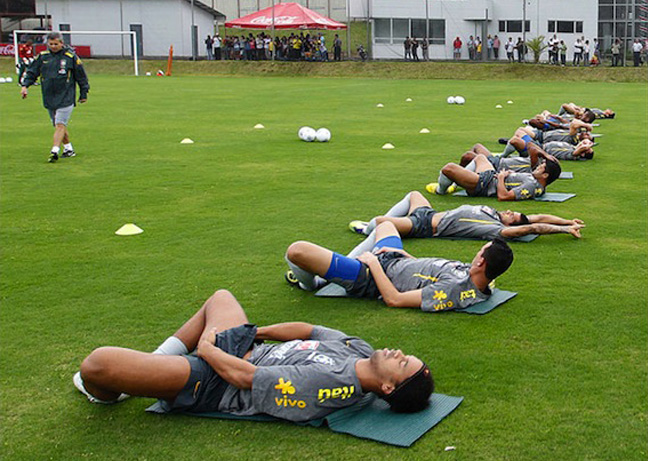 One of football’s more colourful characters, Brazilian legend Ronaldinho, must be feeling rather embarrassed right now, after an x-rated webcam video of the star erm, giving himself a ‘helping hand’, was leaked on the internet, in true Dirty Den/Leslie Grantham  style.

The offending video has since been removed by YouTube, but it still can be found on the darker recesses of the worldwide web should you be that way inclined – you dirty Gerties.

His Flamengo boss Vanderlei Luxemburgo briefly discussed the video at a press conference, to the amusement of the journalists present.

“This is a particular problem for Ronaldinho,” said the manager. “I can not control what is on my player’s computers,”

“The only thing I can do is out of the way before this …. blows. ” Cue unbridled laughter in the room.

This latest episode  in the crazy world of the buck-toothed Brazilian has surely laid down the gauntlet to fellow loony Mario Balotelli. Is the Italian up to the challenge?