By The Angry Red Tomato

With the World Cup semi-finals upon us, it’s as good a time as any to remember Laurent Blanc, the French captain who received a red card – the only one of his entire career – in the semi-final of the 1998 World Cup, and missed the final thanks, largely, to Slaven Bilic’s theatrics…

There were no Gazza tears, just Gallic stoicism. He said he had only himself to blame for raising his hand.

Imperious throughout the tournament until his altercation with Bilic, Blanc shared the presentation of the cup with captain Didier Deschamps – and avoided any John Terry-style ridicule for doing so in his team shirt – but it must have been a bitter pill to swallow all the same… 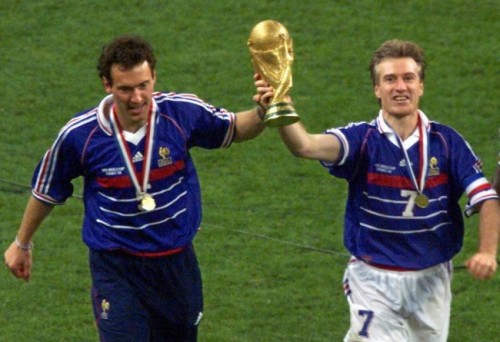 In recent years, FIFA have addressed the problem of accumulated yellow cards, thus making career-ruining suspensions less likely for finals – although a red in a semi will still see you banned.

But what of the other side of the coin? What of the teams who are knocked out of the tournament because of cynical, calculated ‘professional’ fouls which deny them a crucial goal?

These days, denying a clear goal-scoring opportunity is supposed to be punished by a straight red. Sometimes it is punished by both a red card and a penalty.

But sometimes it is punished by neither, or not punished at all – and then there is the question of when the incident occurs: a red card in the first minute is clearly a serious disadvantage, but this is not the usual scenario.

Such incidents are far more likely to occur in the final minutes, as one team fights for an equaliser, and the relative advantages and disadvantages shift firmly in the winning side’s favour. 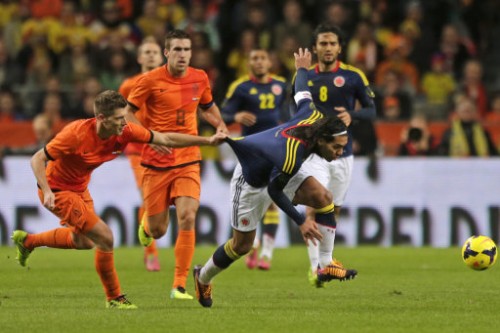 The classic scenario: a forward breaks from around the halfway line with two team-mates, and a defender pulls him down by the shoulder. Result: a yellow card for the defender and a harmless free-kick in the middle of the pitch. Offending team goes through and defender plays in next match

Scenario Two: the forward goes clean through on goal and is tripped from behind, 25 yards out. Result: red card and a free kick which is unlikely to result in a goal. Offending team down to ten men for a few minutes and wins the game; defender misses the next match.

The problem is that discussion always focuses on what is the best way to punish the guilty player, rather than the best way to compensate the team that has been wronged. As a consequence, the guilty team can end up being rewarded for their player’s misconduct.

So how could this situation be rectified to compensate the team that has been denied an almost certain goal?

Awarding a penalty for fouls outside the box doesn’t seem right. 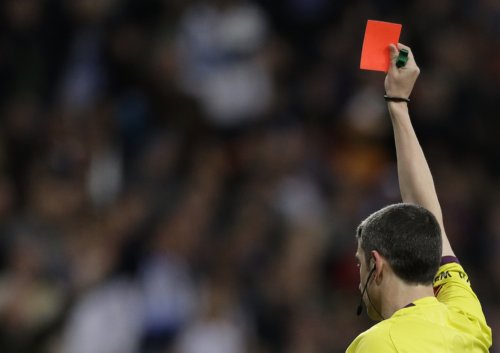 The idea of simply awarding a goal is appealing in one way, but goes against the nature of the game – one instinctively feels that the ball should physically cross the goal-line.

Dribbling penalties are a possibility, where the penalty-taker can ‘pass to himself’ and attack the goal, but, as previously mentioned, a ‘penalty’ doesn’t seem right if the foul occurred outside the penalty box.

So why not have something that acts as a deterrent, and gives a clear advantage to the team that has been fouled, but which also takes into account the whereabouts of the offence and the likelihood of a goal?

Here’s a suggestion. Introduce a new type of free-kick for ‘professional’ (deliberate) fouls and for ‘honest’ fouls (genuine mistimed tackle, etc) that deny a goal-scoring opportunity.

This will be a direct free kick in which all opponents except the goalkeeper must stand five yards BEHIND the ball. 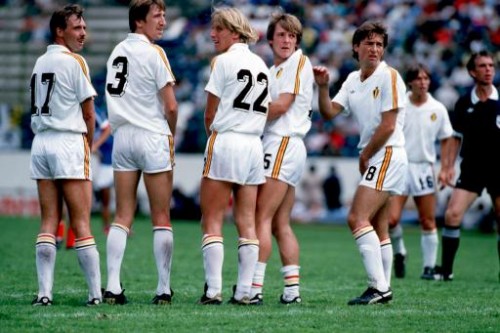 With a sanction like this, a card would be needed only in cases that involve violent fouling.

Above all, the deterrent effect would be enough to eliminate deliberate or desperate fouling, thus making these free-kicks a rarity.

Of course, there would be an element of controversy and subjectivity; but then, we already have that, as the referee already has to make the call on ‘clear goal-scoring opportunities’ when he decides whether or not to brandish the red card.

Would players dive in an attempt to win one of these valuable free-kicks?

Maybe, but by doing so they risk being yellow-carded themselves and not receiving a free kick. Players rarely go down when they have a chance to score, and in most situations it would not be a risk not worth taking.

In short, this proposal would strongly discourage professional fouls, reduce the number of cards shown (and thus suspensions), and give proper redress in any situations of significant cheating.

There must be an obvious objection to all this, but unless readers can spot it, we shall be demanding action from the authorities forthwith.

(This article first appeared on Anorak)