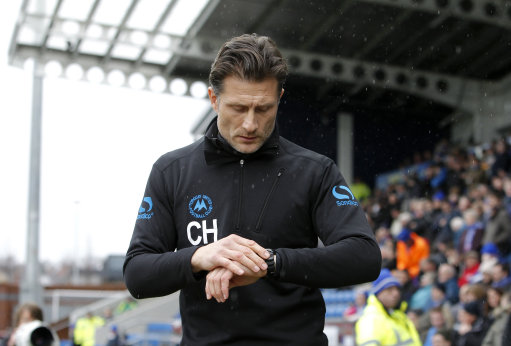 Despite their side being bottom of the entire Football League and having won just one game in their last 12 outings, 91 hardy Torquay United fans made the gruelling 750-mile round trip to support their ailing team against Hartlepool on Saturday – a game the Gulls eventually went on to lose 3-1.

Torquay boss Chris Hargreaves (who also played over 100 games for the club during his playing days) was more than sympathetic to the travelling fans’ plight, and even – in his own words – “gave a couple of fans £20 to get themselves a pint on the way home” after the Hartlepool defeat – a gesture he now wishes to extend to the 89 other supporters who traipsed up and down the country only to see their beloved team get turned over, adding “it’s the least I can do”.

To that end, Hargreaves is hosting a Q&A at the Boots and Laces bar at Torquay’s Plainmoor stadium on Wednesday night (7pm, if you’re interested) and has invited the 91 fans from the Hartlepool excursion down for a free conciliatory drink on him.