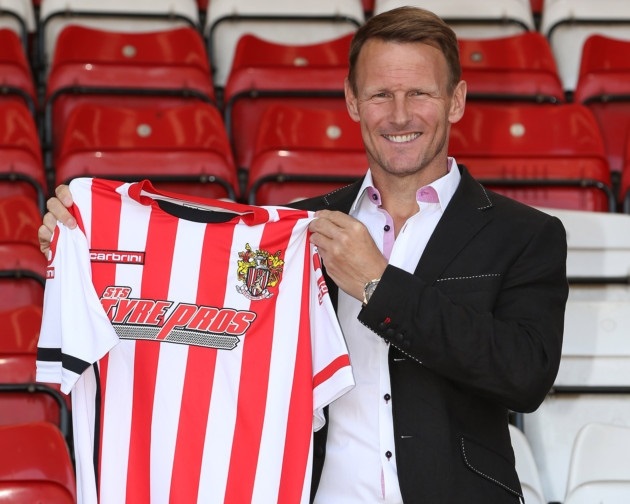 Just shy of his 50th birthday, Teddy Sheringham has come out of retirement by officially registering as a player for Stevenage, the club he currently manages.

Stevenage are set to play Welwyn Garden City FC in the first round of the Herts Senior Challenge Cup on Wednesday night and, in the interest of preserving his first team for their League Two duties, Sheringham has enlisted as a player.

The former Tottenham, Manchester United and England striker retired from football in 2008, aged 41, after one final season at Colchester United.

Anyway, in a show of solidarity with his gaffer, Sheringham’s assistant at Stevenage, Kevin Watson, has also registered as a player for the cup game against Welwyn – but at a mere 41 years of age, Watson is very much the junior partner.

However, both still have a fair way to go before they surpass goalkeeper Dave Beasant’s record, who was a spry 56 years young when he was named on Stevenage’s bench for a play-off game last season.