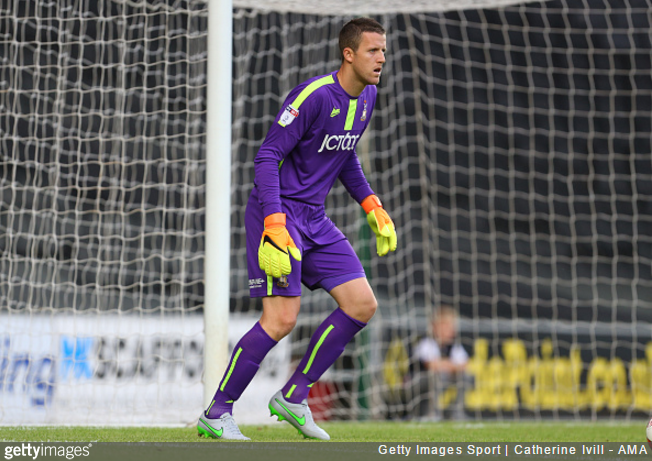 With the Checkatrade EFL Trophy proving grossly unpopular with almost everybody since the competition’s grand overhaul, Bradford City further undermined the integrity of the whole thing in the opening minutes of their 2-1 win over Bury on Tuesday night.

With the game just three minutes old, Bradford took off their first-choice goalkeeper Colin Doyle (who you may recall cost the princely sum of £1 when he joined from Blackpool in July) and replaced him with second-string understudy Rouven Sattelmaier for the final 87 minutes.

3: First sub of the evening for City as Colin Doyle makes way for Rouven Sattelmaier. (0-0) #BCAFC

It was quickly ascertained that Doyle was perfectly fit and well and that the Bantams’ tactical change was a shade more pre-planned than it was a necessity.

Indeed, it appears that Doyle was taken off in an attempt to get round EFL Trophy rules that state every League One and Two team must field a minimum of five first-team players: meaning either their five highest appearance-makers of the season to date – or – five players who played in the previous league game – or – five players who go on to appear in the subsequent league match.

Of course, no rules were actually broken and Bradford assistant manager Kenny Black was able to laugh the whole thing off after the match, telling reporters:

And so the EFL Trophy lurches from one debacle to the next.

Indeed, a cursory look at the sorry attendances last night (as recorded by @AgainstLeague3) tells the tale… 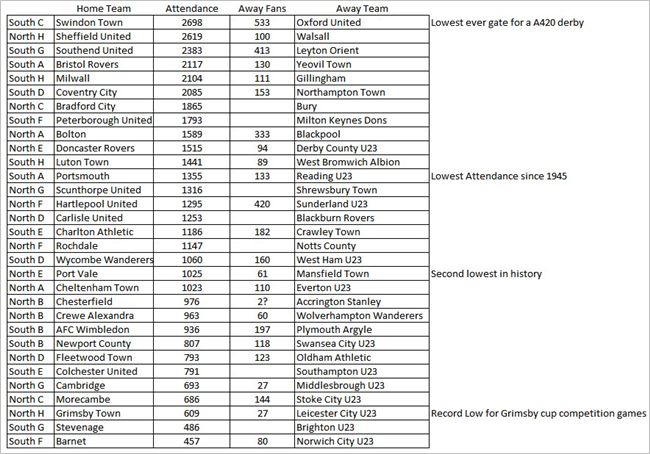