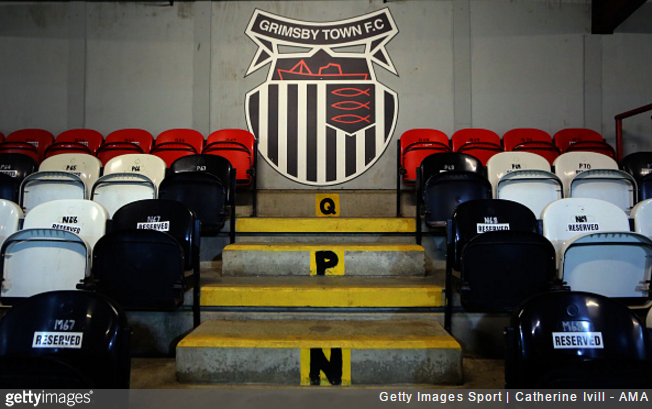 A group of Grimsby Town fans have taken matters into their own hands after Barnet issued a decree banning visiting supporters from bringing inflatables into The Hive ahead of Saturday’s League Two meeting between the two sides.

The grievance goes back to 2015, beginning when Grimsby Town fan Bryan Winship was ejected from a National League game against Forest Green Rovers for refusing to let his beach ball be confiscated during the game.

A few weeks later, a small army of Grimsby supporters descended on Barnet all armed with a cavalcade of inflatables in protest of Winship’s treatment.

However, the match subsequently ended with Mariners fan Kenneth Meech, 50, being found guilty of ‘assaulting’ a Barnet steward with an inflatable shark, ultimately landing him a £100 fine and a 12-month conditional discharge.

Skip forward two years and the Bees have gone and announced a blanket ban on all pool toys, etc, to ensure that there won’t be a repeat of those harrowing scenes.

However, not to be outdone, a plucky band of Grimsby fans have since sought to arrange alternative entertainment by using a Crowdfunder campaign to raise funds for a Mariachi band to accompany them to north-west London. 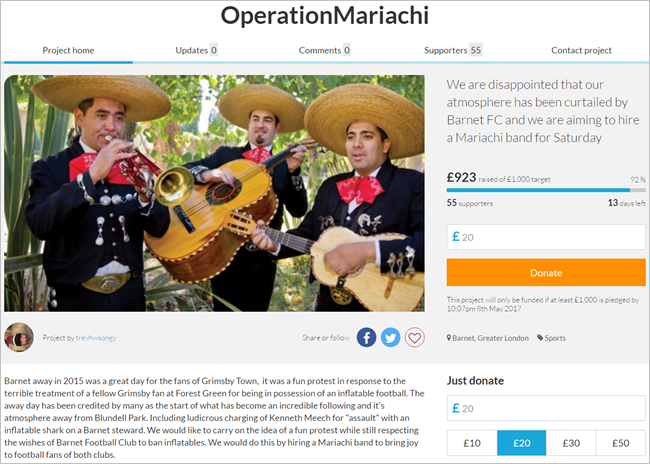 The good news is that, after managing to cobble together over £900, the Grimsby supporters have officially gone and booked their Mariachi escort, which they hope will “bring joy to both sets of fans” at The Hive this weekend.

According to FourFourTwo, they have also confirmed that any remaining proceeds will be donated directly to Grimsby’s disabled supporters’ club.