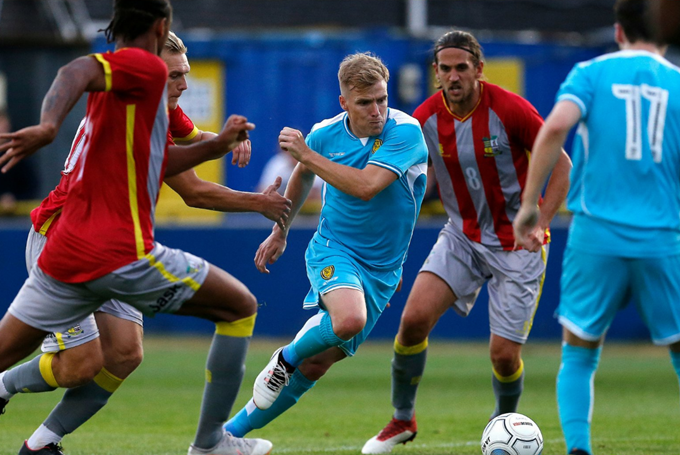 Burton Albion continued their pre-season preparations with a friendly away against non-league Solihull Moors on Tuesday.

Unfortunately, the League One side fell to a 3-2 defeat at Damson Park, but there were positives to be taken from the game, notably a second-half cameo from 33-year-old Chris Beardsley – a non-registered member of Nigel Clough’s back-room team.

Beardsley, who used to play for Stevenage and has been on the coaching staff at Burton for three years, entered the fray as a half-time substitute against Solihull, immediately went up front and ended up getting himself on the score sheet by the end of the game.

Cometh the 78th minute, cometh the sport scientist, as Beardsley chucked himself at a loose Darren Bent header to pull one back for the Brewers…

78. GOAL!!! Darren Bent heads a corner at goal and Beardsley throws himself at it to put it over the line!

Sadly no footage of Beardsley’s screamer is available as yet but the Burton Mail referred to it as a “brave bundle” in their live report, so you can probably envisage the amount of power and technique that went into it.