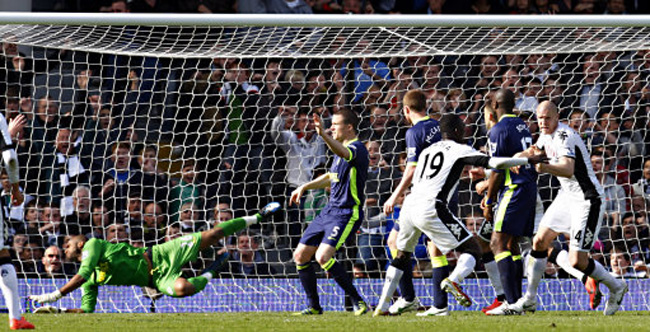 After a couple of magnificent wins against the might of Man Utd and Arsenal in recent weeks, Wigan looked to have scrambled clear of the relegation zone for another season. However, a 2-1 defeat at Craven Cottage sees the Latics now just three points clear of the bottom three.

Emmerson Boyce had opened the scoring for the visitors on 57 minutes. However, just a minute later the Whites were level, courtesy of Pavel Pogrebnyak.

From then on, the home side pushed for a winner as Roberto Martinez’s side struggled to stay in the game. Then, with just a minute of normal time left on the clock, former Arsenal man Philippe Senderos popped up to head home a dramatic winner for the Cottagers.

Fulham move up to ninth while for Wigan, the fight for survival goes on.