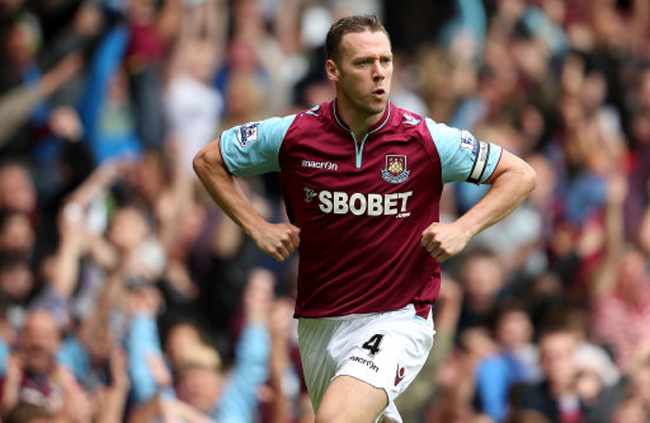 Geordie boys Andy Carroll and Kevin Nolan were reunited against Fulham on Saturday, with the Hammers’ new signing Carroll providing Sam Allardyce’s hooftastic side with a big old-fashioned battering ram up front.

The former Liverpool man had a hand in Nolan’s opener within the first minute and thorughout the first half the Cottagers failed to deal with West Ham’s all-action performance. Winston Reid and Matt ‘Matty’ Taylor also netted before the break as the Hammers totally dominated.

After the break, the visitors fought back, with new-signing Dimitar Berbatov coming off the bench. However, Martin Jol’s men couldn’t find a way past Jussi Jaaskelainen in the Hammers’ goal.

Carroll went off with what looked like  hamstring injury in the second half, but him and old chum Nolan look like forming a decent partnership. God only know what they’ll get up to off the pitch, mind.