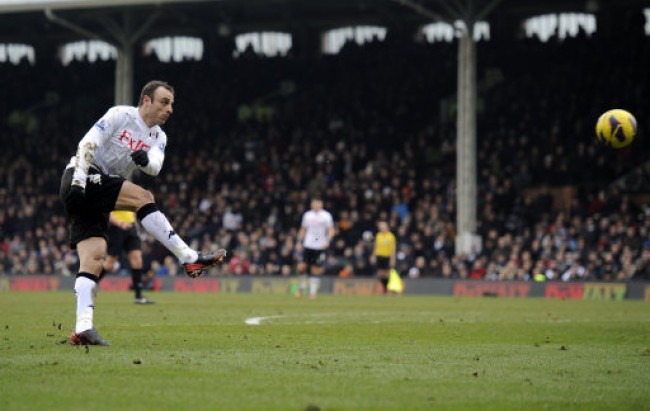 Fulham secured a well-deserved win against the Potters on Saturday, courtesy of a fine strike by Dimitar Berbatov. The striker’s fabulous volley on the stroke of half-time proved to be the Cottagers’ only goal of the game but they were by far the better side for the majority of this mid-table clash.

US international Brek Shea, making his debut for the Potters, helped create the visitors’ best chance of the game after the break, when his cross was blocked by the arms of Ashkan Dejagah. However, Jonathan Walters’ weak spot-kick was comfortably saved by Mark Schwarzer as the Whites went on to secure a valuable three points. The Irish striker missed a penalty not too long ago against Chelsea and Tony Pulis may well decide to hand over spot-kick duties to someone else after yet another failure from the forward.

Stoke stay 10th while Fulham are just a point behind in 11th.