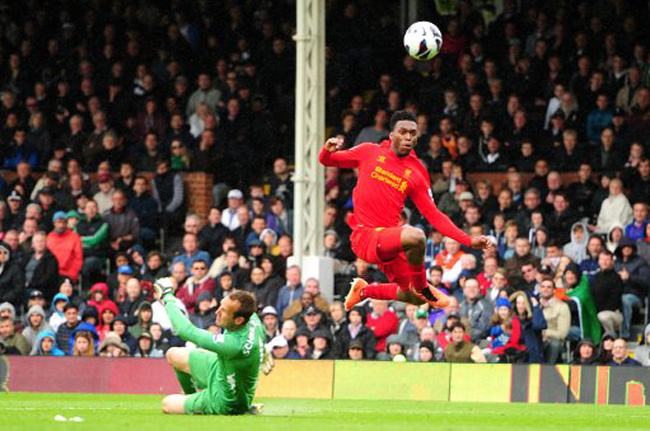 Daniel Sturridge became the fastest Liverpool player to 10 goals in Premier League history after netting a fine hat-trick at Craven Cottage on Sunday.

Dimitar Berbatov may have opened the scoring, but the Reds dominated for large periods of the game with Sturridge and the superb Philippe Coutinho running rings around the Whites’ backline. Who needs Luis Suarez?!