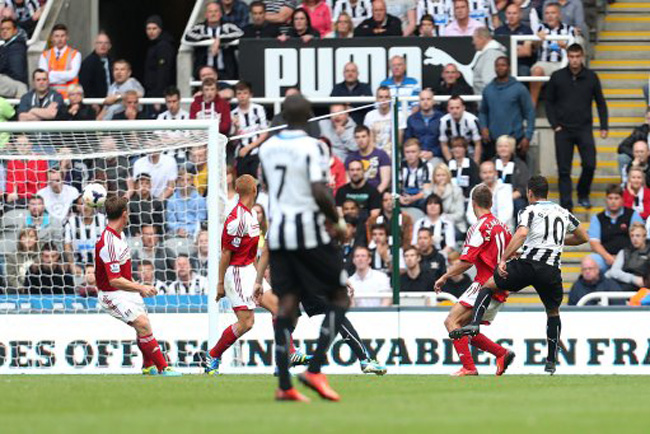 A magnificent late strike from the mercurial Hatem Ben Arfa gave Newcastle a much-need victory against Fulham on Saturday, a result which also takes some of the pressure off manager Alan Pardew.

For most of the game, neither side could find a decisive cutting edge but the introduction of subs Yohan Cabaye and Loic Remy after the break gave the home side an injection of energy. Papiss Cissé headed against woodwork before Hatem Ben Arfa, on 86 minutes, produced a moment of magic, jinking inside before unleashing an outstanding left-foot shot which beat David Stockdale.

The victory was deserved with Martin Jol’s Fulham rarely threatening the Magpies’ goal as Pardew got the win he desperately needed.