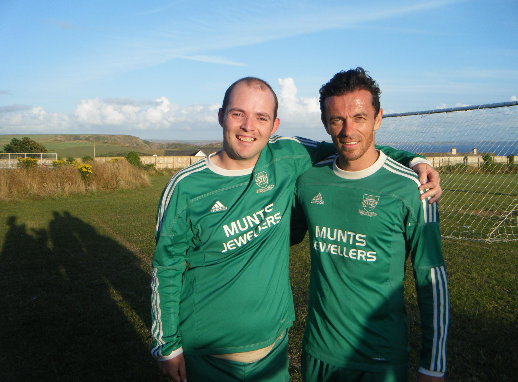 Come Sunday morning, Solva FC will be able to call upon one hell of ringer after former Wales international captain Simon Davies was officially announced as the Welsh Sunday League side’s marquee signing on Tuesday.

Having retired from the professional game in 2013 following successful stints in the Premier League with Fulham, Everton and Tottenham, Davies moved home and has since been coerced into joining his hometown of Solva in Pembrokeshire.

Davies was talked into re-joining the village’s Sunday League side by his brother, who just so happens to be the Solva FC manager these days – though he’s going to have to pay his £3 subs before every game just like everyone else.

“I’m looking forward to playing a few games with my brother and the friends I started playing with all those years ago.

“It’s a big signing for the club. I’ve already told him I’m not paying him – he’s going to have to pay subs like everyone else!”

“He seems keen and hopefully he’ll be available for a few matches.”

Davies, who played for Solva as a kid before going on to win 58 caps for Wales, returned to make a 40-minute cameo for his boyhood club last month – playing for 40 minutes in a game against St Ishmaels which Solva won 5-0.