Something called Sports Star Media have launched a “unique, augmented multi-layered brand concept”/children’s television programme that will feature one Jose Mourinho as it’s central character – which sounds like something that should have happened already by now, but nay.

“Mourinho and the Special Ones” is due to air for the first time on Portugal top children’s television channel, SIC K, at the end of August and will run for a year, though the company are also launching a tie-in trading card game (as well as several other social media-y bits and bobs) that they hope will further engage the young’ns through a “relevant youth marketing strategy”.

Sadly, Mourinho won’t actually be lending his voice to the project, but he is lending his image – though we can’t help but feel the CGI department have been more than a little generous with their rendering of the Chelsea manager’s now-silver spun temples and increasingly furrowed face… 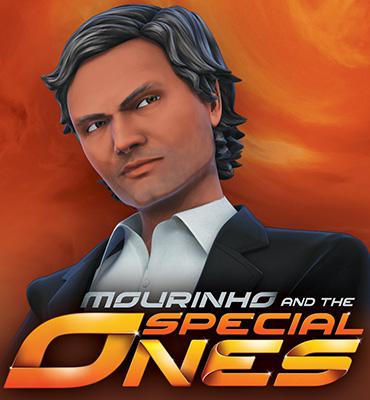 Anyway, we expect that you’re sitting there wondering what the “…Special Ones” story line will be? Well wonder no more, as the bods from Sports Star Media have already outlined it for us…

“The opportunity of a lifetime comes by when you least expect it and for Alex and his friends, a chance meeting with their hero, changes their lives forever. What was supposed to be a simple football match attracted the attention of the world’s greatest football coach. The Special One himself, Jose Mourinho.

“Mourinho is so impressed with Alex and his friends that he decides to help them follow their dream while also settling a few old scores with his longtime nemesis, Viktor Von Haii, the owner of the Junior Sharks football team.

“Alex and his team mates have been given a once-in-a-lifetime opportunity. But do they have what it takes to be the best and realise their potential to become… The Special Ones.”

“Viktor Von Haii” of course being an anagram of “Pep Guardiola”.

Pah, The Hurricanes did it better.