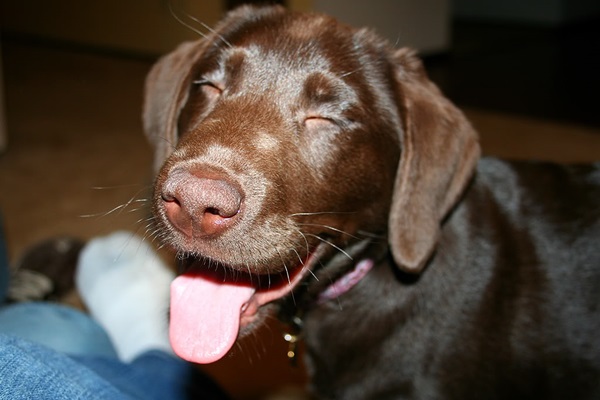 Spare a thought for poor old Watford fan Karl, who returned home from work on Wednesday evening all giddy in the knowledge that his brand new copy of FIFA 16 would be waiting on the doormat for him having been delivered during the day.

However, Karl was blissfully unaware that a tragedy had befallen both him and his £60 game.

Imagine the joy draining from his face as, upon opening the front door, he was greeted by the sight of his FIFA 16 box, mangled, gnarled and gnashed, courtesy of his faithful canine chum…

@shoptonet thanks for the quick delivery but I think my dog wanted to have a go on @EASPORTSFIFA before I got home.😢😢 pic.twitter.com/ZIO8pjlC1O

Clearly in denial and refusing to accept the inevitable, Karl attempted to try the game in his Playstation to see if he could still salvage the disc itself.

@shoptonet @EASPORTSFIFA just found the disk. It won’t fit in the PlayStation with all the bites 😢 pic.twitter.com/CUu6EkmcWA

Time for old Rex to be taken behind the woodshed, we thinks.