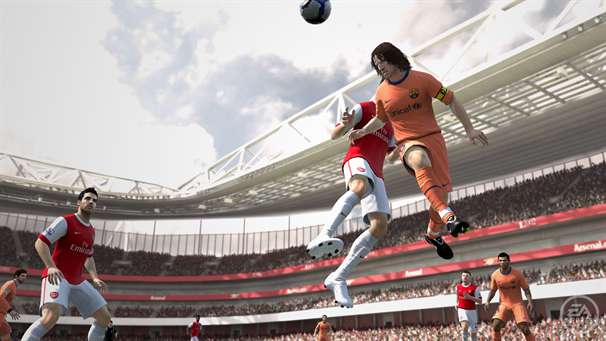 Trumping FIFA 10 is a task similar in magnitude to Rafa Benitez matching Jose Mourinho’s unconquerable Inter legacy. Because EA Sports finally nailed the definitive football title last year. FIFA 10 married their showy official licenses to intuitive, almost impeccable gameplay and in the process, ended the eternal “Pro Evo or FIFA?” question as a credible debate. So, how do you top that?

Well, by making your game harder. Breaking down defences requires thought and tactical proficiency, and the feeling of satisfaction when you convert a slick passing move, or beat the defender to a cross is unrivalled. Furthermore, the computer opposition now sit on leads, or press vehemently for equalisers, so you actually find yourself clinging on to precious 1-0 away leads with the requisite tension. The keepers are also no longer lob-able simpletons, nor do they boast superhuman reactions to deflections. This is all terrific. Because it feels like proper football.

Thanks to the new Personality+ and Pro Passing systems, you’ll need to utilise the right players in the right positions to conjure consistent chances. There’s zero point expecting John Terry to tease through balls into Didier Drogba’s path now. These limitations feel brilliantly authentic when you’re playing as a top-class side, but dip into the lower leagues and they can feel, well, slightly unfair. Because few of these players are good enough to qualify for “specialist” abilities that’ll lead you to goal-scoring opportunities. Play as even a mid-table Championship side, and you’ll initially struggle to piece together a string of passes, let alone oversee a tidal wave of goals.

This poses a bigger question. Do we really want such grim realism from our football games? It’s fine to watch your team muster the odd goal and few clean-cut chances across 90 minutes, but the vast majority of us play six-minute halves on FIFA and we want goal-heavy thrillers. It’s a unique balancing act between realism and entertainment which could mean FIFA 11 remains the toughest football game for a long time.

Fortunately, with practice comes goals. Once you’ve settled into a rhythm, found a formation to suit your squad and begun utilising your star men, you’re fine. And free to appreciate the other genuine gameplay enhancements. It’s a far more physical game, with each surge down the wing, central midfield skirmish or packed penalty box full of niggly challenges and tests of strength. The players also react far more naturally to situations now – not through a certain amount of stock animations. 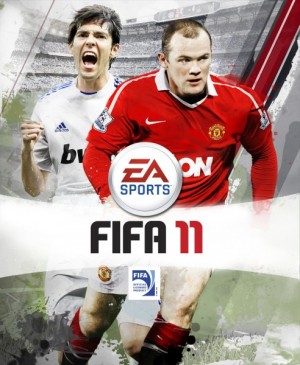 Elsewhere, EA have tweaked rather than overhauled. The career mode now runs like a skeleton Football Manager, with greater interaction in transfer negotiations and budgets a nice touch. Equally, the Be a Pro mode still provides a decent side-game to the real thing, although we guarantee you won’t spend more than five minutes exploring the nice-but-ultimately-pointless Be a Goalkeeper mode. Likewise the chants feature. Being able to upload your favourite terrace chants, songs for when certain players score and the team comes out is fantastic, but requires effort not usually associated with football sims.

Online, the excellent Live Season (£3.99 per league, £7.99 for all five major ones) mode allows you to replay all the real life games, with the real line-ups and updates the player data, while lag in ranked or unranked matches has been cut down. You can even play in 11-versus-11 teamplay games for the first time… if you’ve got enough mates.

So, is FIFA 11 doomed like Rafa? Not at all. Be prepared to spend time enduring mean-spirited goalless draws for a while. But once the penny drops, you’ll unlock the best-looking, most comprehensive and rewarding football game of all time.

Charlie blogs at A Spurs Blog