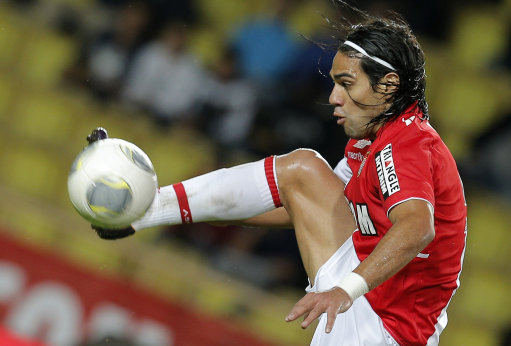 While he’s still awaiting an expert opinion, it looks very much like Radamel Falcao’s season could be over after the Monaco striker suffered a fairly grim-looking knee ligament damage in the Coupe de France last night.

Having already scored in the 29th minute, Falcao was stretchered off shortly before the break when a last-ditch challenge from Chasselay Monts d’or Azergues defender Soner Ertek saw the Colombian’s left knee buckle inwards awkwardly…

As mentioned, the full extent of the injury is as yet unspecified, but it looks very much as though Falcao won’t be playing again this season and may also miss the World Cup in the summer – with several sources stating that his recovery stint is likely to be a six-to-eight-monther.