Robin Van Persie’s new career in Turkey has started slowly, with the Dutchman hampered by injury since his summer move from Manchester United to Fenerbahce. 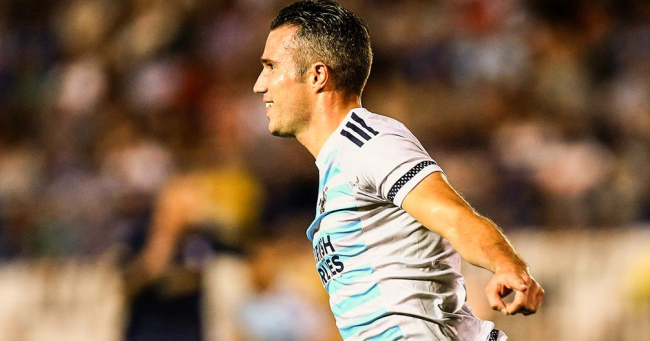 However, the 32-year-old striker finally broke his duck for the Turkish giants on Thursday night, scoring the only goal of the game against Greek side Atromitos in the Europa League Play-Offs. The goal came in the 89th minute after the former Arsenal man had come off the bench, and it was a mighty fine header. Although, it did look as though Van Persie pushed the defender before nodding home.