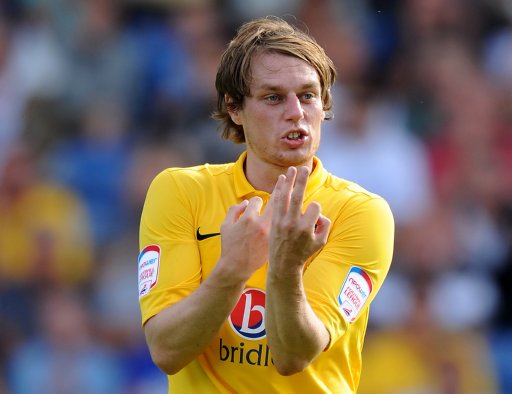 Oxford United manager Chris Wilder has revealed the extent to which his players are willing to commit to the cause, admitting that midfielder Adam Chapman turned out for the U’s against Wycombe in League Two on Saturday despite having been hospitalised the night before with a burnt nipple.

Yep, you read that correctly. BURNT NIPPLE! Chapman, 22, was feeding his baby son then accidentally managed to pour a pan of scalding milk all over himself, leaving himself in need of a dash to the local hospital.

“It’s ridiculous. It is a new one for me, hopefully he’ll be okay in the future.

“I got out of bed early on Saturday like a good professional, making sure we’re all alright for the game. I picked up a text on my phone that got sent last night (Friday) from Andy Lord our physio.

“Adam Chapman, like this good dad he is, was making his baby some milk and he managed to shake the bottle up and down, but he didn’t put the lid back on properly.

“He burnt his chest and had to go to hospital for a check up. He’s burnt all his nipple. It’s an unusual injury, but he’s managed to play the game. We talk about injuries and what I have to go through in this job.”

“He’s burnt all his nipple.” Now there’s a wonderful turn of phrase if ever there was one! Congratulations Adam. You’ve just etched your names in the hall of dumb footballing injuries forever more.