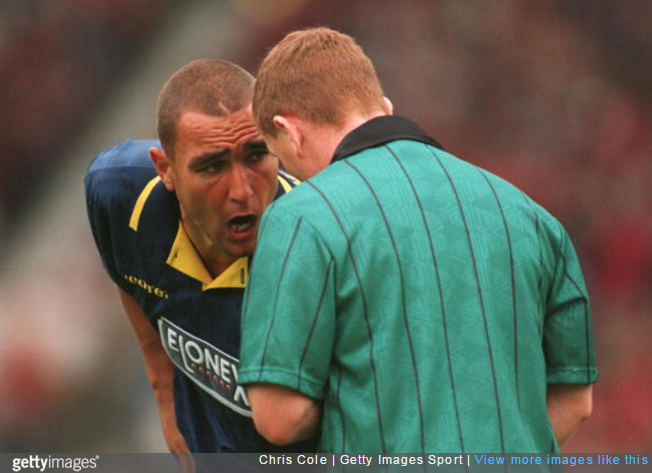 Once upon a time, Vincent Peter Jones was one of the very hardest, most intimidating nuts in football, gnawing on the ankles of namby-pamby strikers (and innocent children) for sustenance.

He then, somewhat unexpectedly, made the jump to acting where he swiftly became the go-to guy if Hollywood ever needed a granite-jawed East End thug.

However, having turned 51 earlier this year, it would appear that the Wildman of Watford is finally settling into a comfortable middle-age rut.

Indeed, rather than hacking away at your fleshy bits, Vinnie is now trying to sell you luxury carpets…

According to the Deacon Jones website, they offer “nine ranges of beautiful carpets, all carefully selected by Vinnie Jones himself.”

My my, how times change.

If you’re thinking this is some fly-by-night caper, then think again. Indeed, Deacon Jones has been an enormous success so far, and they have the star-studded client list to prove it… 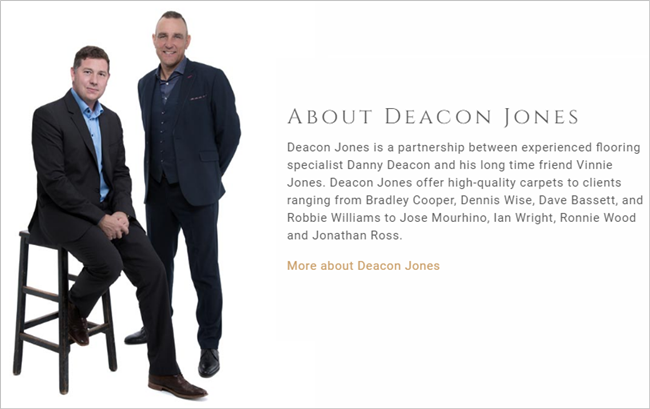 From Bradley Cooper to Dave Bassett and everyone betwixt and between. Blimey.

We quite honestly thought we’d never see the day…