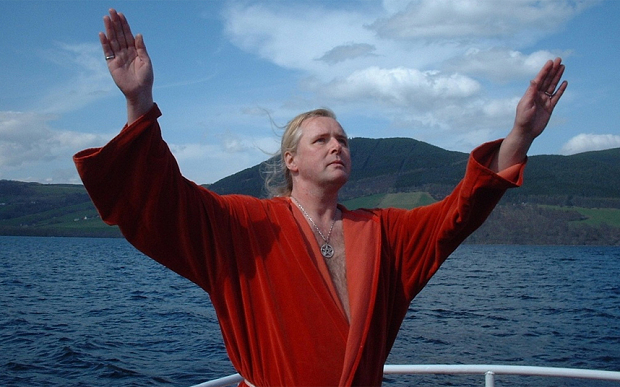 With Sam Vokes, Kevin Long, Dean Marney, Ashley Barnes and now Lucas Jutkiewicz all blowing out their cruciate ligaments in the last 18 months, many are beginning to wonder if Burnley are indeed cursed in that particular department.

The Clarets’ injury epidemic hasn’t gone unnoticed in the pagan community either. Indeed, Kevin Carlyon, the high priest of British White Witches, has stepped forward to offer his services to the Championship club.

Carlyon – professionally known as ‘Kev the Witch’ – reckons he’s sussed the root of Burnley’s bad fortune after discovering that the club had a hex put on it roughly 20 years ago by some kind of nefarious goblin sorcerer.

With all the injuries being the exact same, it seems as if evil has been to work.

The spell was most likely cast upon Burnley around 20 years ago. It will escalate and start affecting other areas of the club.

Financial backing could be lost, or maybe maintenance issues could occur within the ground.

Kev the Witch also explained that the hanging of the ‘Pendle Witches’ in 1612 – an infamous witch trial that took place just seven miles from Turf Moor – could be the origin of the curse.

He performed the ritual (which you can read in full below) at Burnley’s ground on Wednesday and, hey presto, not one single player has popped a cruciate since – that they haven’t actually played a game yet is almost entirely coincidental.

“To this circle I now add my spirit, and now as all these elements are combined, I purify and energise a circle of power. So may it be done.

“I now ask the element of nature to reach out and allow me to perform this spell to both protect and reach out to the ground, now used by Burnley FC. And as I reach out, I protect the club from any evil intent.

“I now reach out to Burnley FC to both protect and increase the luck of all players. Whoever has placed these malicious and demonic energies – may the elements of nature rebound this to the place it came from.

“On this day, I ask that luck and health comes to all that use the football ground, including members of staff, the players, and fans attending matches.

“May it be that by Halloween, those repetitive knee injuries are stopped, and may the energies that I invoke start a run of increased luck for Burnley.

“May it be that a psychic wall be placed across the goalmouth of Burnley FC each time they play, and a winning streak be played upon the club so that it’s fortunes return.