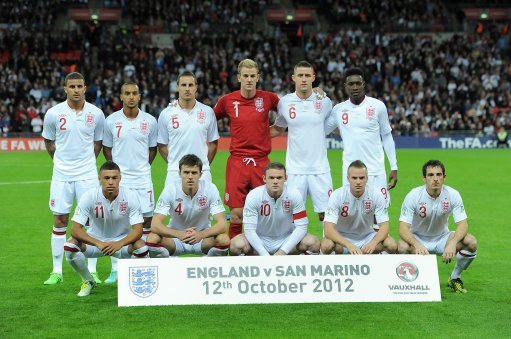 After a rocky few days/weeks/months/years in which several of the England contingent have, shall we say, digressed, the FA have seen fit to issue a 16-page code of conduct to all England internationals to advise them on their behaviour while representing their country on international duty.

The document itself is needlessly wordy, so allow us to scale it back to the bare essentials for you…

– Use any drugs without doctor’s permission.
– Disclose confidential information about any aspect of playing for England.
– Wear unofficial sportswear from personal endorsements (except footwear).
– Consume alcohol without the express permission of the manager.
– Use drugs or banned substances.
– Use room service.
– Bet on any football matches.
– Publish (on Twitter or Facebook) anything that may cause or embarrass a member of the FA, the England squad and management.

– Remember that it is an honour to play for England.
– Respect opponents, officials and supporters.
– Respect FIFA and UEFA officials at all times.
– Respect culture and traditions of host nations.
– Acknowledge the supporters at the end of the game and when on the coach travelling to training and games.
– Conduct all media activity through the press office.
– No media columns.
– Respect drug-testing officers (remember, they’re doing their job).
– Respect hotel staff.
– Reject and oppose violence, abuse and all forms of discrimination.
– Be on time for team meetings.
– Use a sensible amount of time playing video or computer games.

It’s mildly depressing that such a thing is actually required to exist, but nevertheless the FA have been forced into publishing their guidelines in black and white in the hope of finally corralling a group of full-grown adults into behaving as such.

And ‘no room service’? What’s Andy Carroll supposed to do when he needs a Guinness at 2am? Walk down to the bar in his non-sanctioned unofficial trainers after getting express permission from the management to do so?

Yes, that’s exactly what he’s supposed to do.