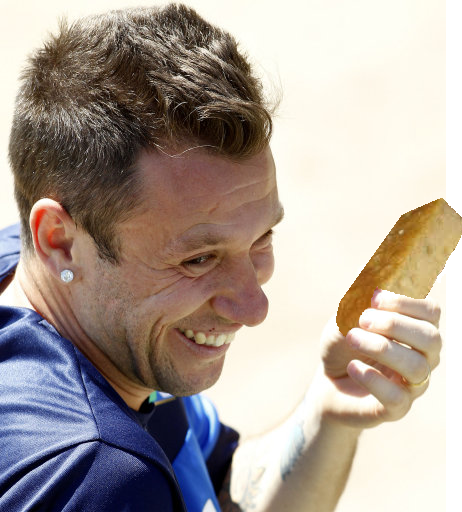 Perhaps surprisingly, Antonio Cassano has never played a single minute of World Cup football, with his inclusion in Italy’s 2014 squad being the Parma striker’s first ever call-up to an Azzurri World Cup squad.

Now aged 31, Cassano has admitted that he thought his chance to appear at a World Cup had passed, but thanks to a serious show of dedication he was able to persuade coach Cesare Prandelli that he was worth taking to Brazil – largely due to him scoring 12 goals and dropping 10kg over the course of the 2013/14 season.

As a reward for his efforts, Cassano duly made the final cut of the Italy squad over the weekend as a bit of a wild card at the expense of Giuseppe Rossi.

“I would be the happiest man in the world if [I played in Brazil],” Cassano admitted to the Guardian before revealing the secret to his success.

“I’m on a diet. I’ve stopped eating focaccia, except for once a week.”