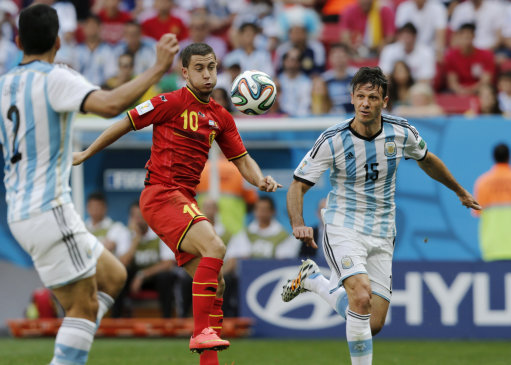 Chelsea winger Eden Hazard has requested that Google removed all references and ratings of his underwhelming performance for Belgium against Argentina in the quarter-finals of the World Cup under the European Union’s “right to be forgotten” ruling.

Belgium lost the game 0-1 with Hazard largely criticised for failing to make any kind of impact despite his billing as one of the tournament’s top stars.

According to Belgian paper Lavenir,  Hazard is attempting to have wiped any negative comments made about him by the media, any reference to him as a “flop” and as any post-match rating for the Argentina fixture that scored him lower than 4/10.

Modern football being the cess-pit of commercialism that it is, apparently Hazard’s management team are concerned that the adverse press may effect the Chelsea forward’s market value as well as impact on future shirt sales and his ability to negotiate with his sponsors.

Call us old-fashioned, but shouldn’t the responsibility of being remembered in a positive light lie solely with the individual?