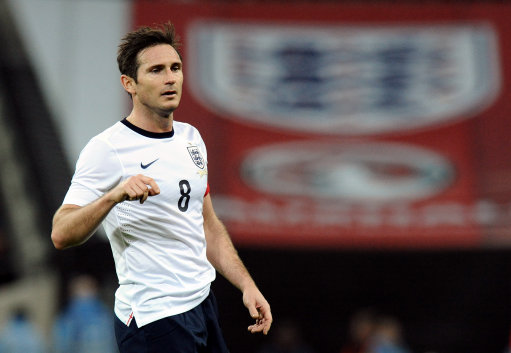 By ‘eck, the “Golden Generation™” are dropping like flies. First Steven Gerrard throws in the towel and now Frank Lampard goes and announces that he’s retiring from international football with immediate effect at the grand old age of 36.

Remember, that Golden™ midfield pairing that famously couldn’t operate on the same pitch as each other? England suck.

Having amassed 29 goals in the space of 106 caps since making his debut against Belgium in 1999, Lampard has called time on his England days to focus on eating his breakfast at the Man City canteen for the next sixth months before moving to the MLS with New York City FC.

We’ve racked our brains to come up with something interesting to regale you with about Lampsy’s England stint and this is the best we can do:

Did you know: Frank Lampard has scored more penalties (9) at international level than any other England player in history.

That about sums it up, really.