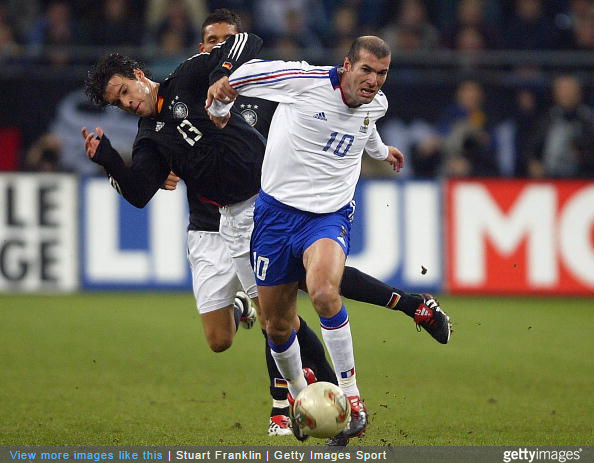 According to whispers on the wind, talks are under way to create a ‘Legends World Cup’ that will consist of 12 national sides made up of big-name veterans.

It’s early days, but it’s being mooted that the first tournament will take place in Mexico in 2017.

This from ESPN FC…

The likely event venues would be Mexico City, Guadalajara and Monterrey and [the tournament] is expected to have 12 teams – six European: Holland, Germany, Italy, Spain, France and England; four Americans: Mexico, United States, Brazil and Argentina; an African XI; and one Asian: Japan.

The report goes on to state that players between the ages of 35 and 45 will be eligible, with a few choice names mentioned – the likes of Zinedine Zidane, Ruud Gullit, Lothar Matthaus (as Germany coach), Michael Ballack, Dennis Bergkamp, ​​Patrick Kluivert, Clarence Seedorf, Juan Sebastian Veron and Gaizka Mendieta.

Matches will be 60 minutes long and substitutions will be unlimited and “roll-on, roll-off”.

Further details are apparently to be divulged in January 2016.

We’ll endeavour to keep you posted.