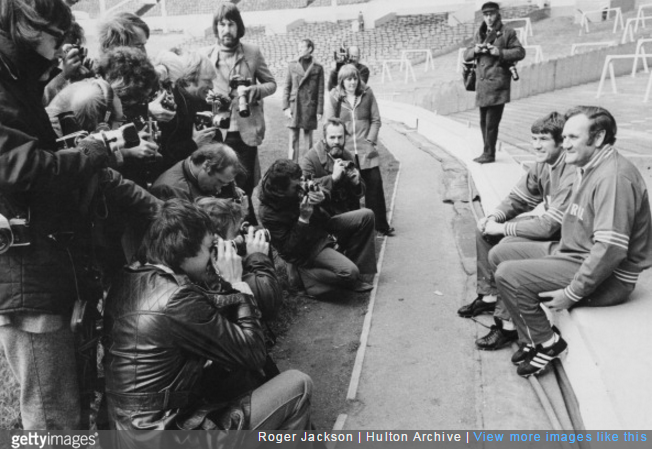 England manager Don Revie poses for photographers with captain Emlyn Hughes, at a training session for the national team at Wembley, 1974

Don Revie had established himself as one of the most successful managers in football with Leeds United, and now he was given charge of England’s national side.

His first game was this European Championship qualifier against Czechoslovakia at Wembley, and it proved to be a good start.

England won 3-0, thanks to goals from Mick Channon and Colin Bell, who bagged two…

The positive mood didn’t last long. England failed to qualify from a tough group and so missed out on the Euros. Criticism of Revie’s constant team changes grew. And his apparent mistrust of flair players such as Charlie George and Alan Hudson also drew criticism.

England were drawn in a difficult qualifying group for the 1978 World Cup, eventually missing out after losing a vital game in Rome 2-0 – a game where Revie’s decision to play a previously untried back four drew yet more criticism.

The constant barracking, plus the knowledge that he was disliked by FA Chairman Sir Harold Thompson, led Revie to start looking for a way out.

In July 1977, Revie told the Daily Mail in an exclusive interview that he was taking up a £340,000, four-year contract to manage the United Arab Emirates.

“I sat down with my wife, Elsie, one night and we agreed that the England job no longer worth the aggravation,” he explained to the Mail.

“It was bringing too much heartache to those nearest to us. Nearly everyone in the country wants me out. So, I am giving them what they want.

“I know people will accuse me of running away, and it does sicken me that I cannot finish the job by taking England to the World Cup finals in Argentina next year, but the situation has become impossible.” 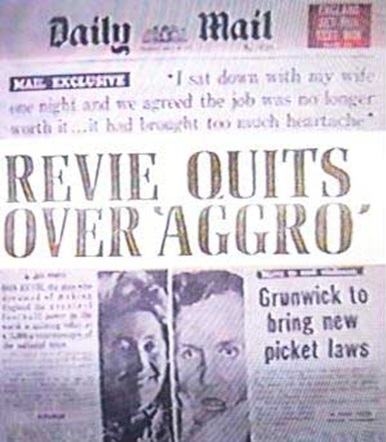 The news sparked outrage. Revie was branded a traitor and a mercenary, especially as selling his story to the Mail had earned him £20,000. The FA accused him of bringing the game into disrepute and banned him from football for ten years.

This despite the fact that they had approached Bobby Robson about replacing Revie after publicly giving the incumbent their full support.

Revie got the suspension overturned – the courts said the FA had overreached its powers.