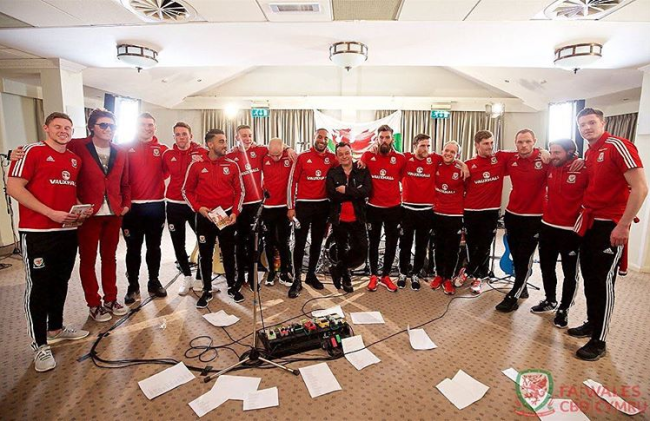 Manic Street Preachers have confirmed that they are in the process of recording and releasing the official anthem to accompany Wales’ Euro 2016 campaign.

The song is called ‘Together Stronger (C’Mon Wales)’, with the band confirming as much earlier this morning…

It’s with great pride we can announce the Manics are providing the official Wales Euro 2016 song – ‘Together Stronger (C’mon Wales)’.

The Manics met with the Wales squad (minus Gareth Bale) on Monday to film an accompanying music video.

Set to be released on 20th May, the song will also raise money for the Princes Gate Trust and Tenovus Cancer Care.

How cool is that? Wales get The Manics to do their Euro 2016 while England will probably end up with some smarmy, rubber-faced non-entity like Olly Murs.