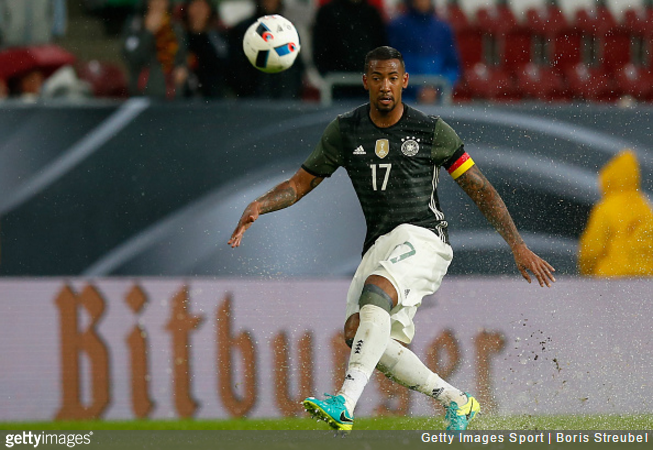 German football fans used yesterday’s friendly against Slovakia to stage a mass show of support for Jerome Boateng after a right-wing politician disgorged a crass, racist quip about the Berlin-born, Berlin-raised centre-back recently.

Alexander Gauland, deputy chief of the anti-immigration ‘Alternative für Deutschland’ party, was quoted by the Frankfurter Allgemeine Sonntagszeitung newspaper as saying “people like him as a football player, but they don’t want to have a Boateng as their neighbour.”

Gauland subsequently half-apologised for his comment, but the good people of Germany still chose the Slovakia game to make their point with a series of choice banners and placards…

“Jerome, be our neighbour”

“Jerome, move in next to us”

Several of Boateng’s footballing allies also spoke out, including his brother…

“If you want to win titles for Germany, you need neighbours like him.”

It’s enough to warm your cynical old cockles, ain’t it? Such positivity. Maybe there is hope for us, after all.