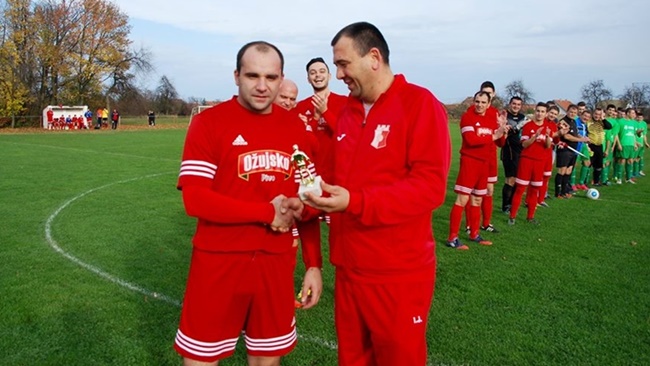 The elite sportsman you’re looking at on the left of the photo above is Stjepan Lucijanic, superstar striker for Croatian regional league side NK Dracice Dakovo.

As of Saturday afternoon, Lucijanic is now the proud owner of a Guinness World Record after helping himself to yet another hat-trick in NK Dracice’s 10-0 thumping of NK Zrinski Drenje.

As well as helping secure his side’s 11th consecutive win in their first 11 games of the season, Lucijanic also scored a hat-trick for the fifth game running – thus surpassing a world record that had stood since 1998.

Lucijanic has already scored 30 goals for NK Dracice (who have scored 64 in total) so far this season, setting two club records in the process – scoring six goals in one game, and also managing to find the net just 12 seconds after kick-off in another.

We think a humble doff of the cap is richly deserved. The man’s on fire!