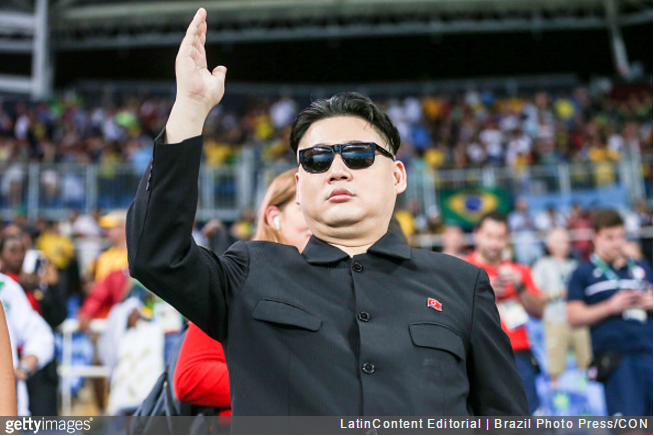 “He was f**king MILES offside, referee!”

It’s been a while since North Korea last made an impact on the world football stage, with Pak Doo-ik’s Italy-slaying heroics at the 1966 World Cup now but a fading memory.

However, supreme leader Kim Jong-Un is reportedly planning to reinstate North Korea as a footballing superpower by putting a grassroots plan into action that will see them begin to produce players of Lionel Messi’s calibre.

According to MARCA, our dear glorious pudgebag has gone and made football a “strategic priority” in North Korea – a vision backed up by the words of Ri Yu-He, the coach of the International Football School in Pyongyang:

We train our young people to become the most talented players, like Lionel Messi.

For now, we will seek to dominate Asia, but in the near future I hope we can dominate the world.

For the record, the DPR Korea national side are currently ranked 126 in the world by FIFA, tucked in between the Philippines and Ethiopia and some 44 places behind their southerly Korean neighbours.

It’s going to take an awful lot of hard graft, but if anybody can do it, it’s this man…