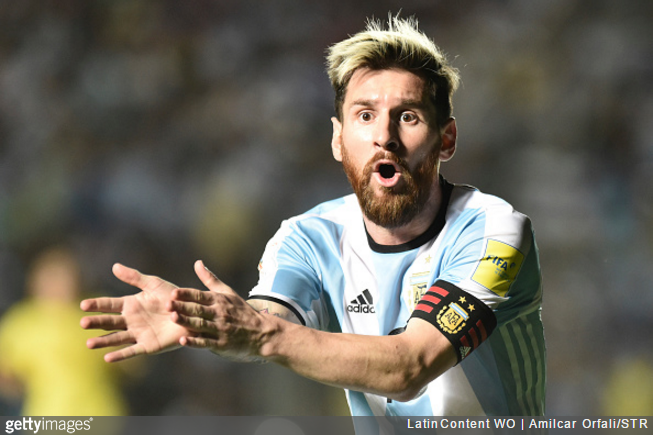 Lionel Messi has led his international teammates on a boycott of the Argentinian media after growing tired of their continued attempts to undermine the national side at every turn.

Not for the first time, Messi and co. were barracked in the press after losing 3-0 against Brazil in last week’s World Cup qualifier, only to bounce back with a convincing win over Colombia in their very next game – a result which moved the Albiceleste back into the play-off spot.

Messi began the evening by tucking away a suitably beautiful free-kick then added two more assists as Argentina ran out 3-0 victors in San Juan.

However, after the final whistle, Messi and his posse staged a (rather polite) walk-out of their post-game press conference, specifically over a radio report that Ezequiel Lavezzi had been dropped from the squad for smoking weed after a training session.

It has since been announced that Lavezzi is planning to take the radio reporter in question to court.

We have decided not to speak any more with the press. We’ve received many accusations, a lot of lack of respect and we never said anything.

We know there are lots of you who are not in the game of not showing us respect, but getting into one’s personal life is very grave.

And with that, he lay the microphone down and the 25-man entourage exited stage right.