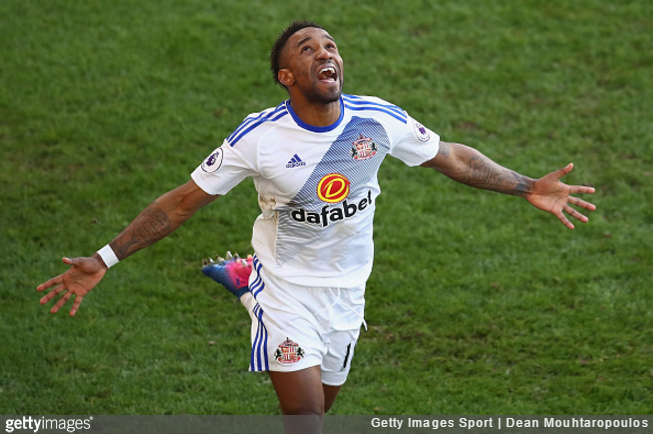 England have announced their squad for the upcoming friendly against Germany and the World Cup qualifier against Lithuania thereafter and the headline news is that Jermain Defoe has played his way back into the fold.

Having scored 14 goals for Sunderland so far this season, 34-year-old Defoe is now in line to win his first international cap since November of 2013.

The 34-year-old will be vying for action alongside Jamie Vardy and Marcus Rashford in an extremely thin-looking stable of strikers.

Elsewhere, Gareth Southgate has given first senior call-ups to Michail Antonio, Michael Keane, Nathan Redmond and James Ward-Prowse, while Jake Livermore is also recalled having won one cap in 2012.

By heck, Gareth’s given us a lot to contemplate there, though kudos to him for having the gumption to include a wider field of options.

And Defoe’s call-up is long overdue. In fact, England could have probably used his services at both of their last botched tournament outings.

Oh, and no Wayne Rooney or Theo Walcott. That’s nice too.

The Three Lions are scheduled to face Germany in a friendly at Dortmund’s Signal Iduna Park on 22 March before squaring off against Lithuania in a World Cup qualifier at Wembley on the 26th.