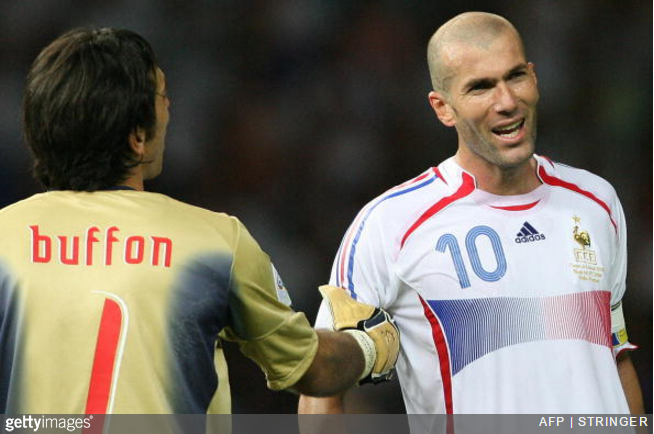 Having already been on this Earth for 39 whole years, Gianluigi Buffon has reluctantly acknowledged that he might not actually be able to play on forever.

Indeed, Buffon is all set to make the 1,000th appearance of his career when Italy play Albania on Friday evening – 220 for Parma, 612 for Juventus and 168 for the Azzurri.

As such, the veteran goalkeeper was asked by Sky Italia how he’d like his final ever appearance to pan out, as and when the time comes.

Turns out he’s set his sights on going out like one of the greats:

How do I imagine my last ever game? Maybe I’ll go out like Zidane, headbutting someone on the pitch!

Oh excellent choice, sir. May we suggest you administer the nod directly to the breastbone for maximum impact.

Buffon also hinted that he has one eye on calling it quits after the next World Cup, by which time he’ll be the wrong side of 40.

Before I think about how I’ll end my career, we need to go to the World Cup in Russia in 2018.

Maybe it [my last game] could be at the World Cup.

I still have some time to think about it though.

Never leave us Gigi. We couldn’t possibly go on without you.