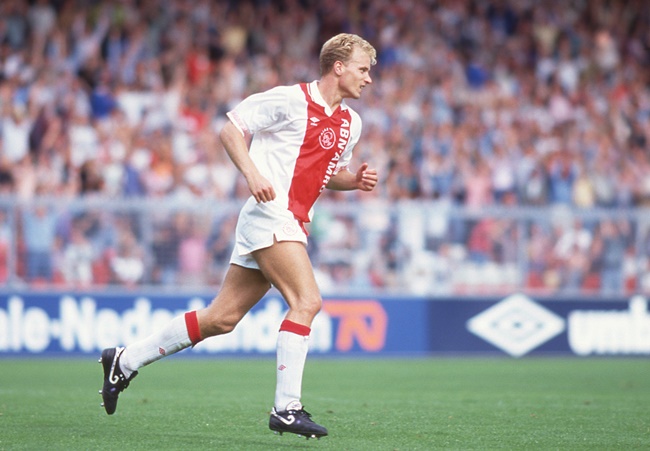 On the day of his 48th birthday, we can’t help but hark back to the highest praise Dennis Bergkamp ever received, and from Johan Cruyff no less.

Shortly before the 1994 World Cup, Cruyff gave an in-depth interview to Hugo Camps for Het Laatste Nieuws, in which shared his thoughts on a wide array of footballing issues.

After mulling over technique, tactics, the impudence of young players and the like, the notion of greatness came up.

The best player in the world does not exist; in terms of an end-state, someone who reaches the final or even beyond that.

You can say, okay, a series of great players existed, whether you take Beckenbauer, Di Stefano, Maradona or Pele and say ‘those players had so many various qualities, so they belong to an “executive elite”‘ – that is a possibility.

There is, of course, never a ‘best’ one. Many different components and aspects have a say in the game, and a role to fulfil.

However, if you think about the word ‘footballer’, you have to have something in mind.

It is not the definition of a player – you do not publish a picture of Pele in the dictionary and say ‘this is the footballer’, he would just be a representation of the word. The form, the shape of the idea.

But if someone were to wake me up and ask me ‘footballer’, I tend to see Dennis Bergkamp. He looks like a footballer to me.

Wow. Seals of approval don’t get much more prestigious than that, and so poetically delivered too.

Of course, as with so many Ajax alumni, Bergkamp’s career is entirely entwined with and coloured by Cruyff who, as manager, gave him his very first senior start in 1986 and continued to offer his esteemed guidance and advice for many years thereafter.

It’s almost beyond debate that anybody has had more fundamental positive influence on the entire modern game than Jopie.

Should you wish to indulge further, the entire interview is available on Youtube, beginning with part one (of nine) here…