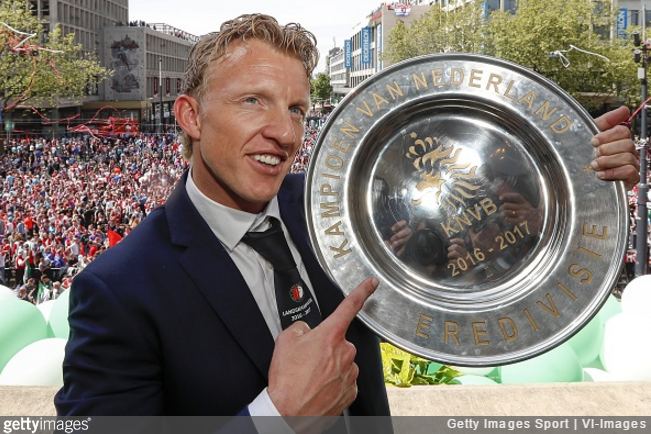 Three days after winning the Eredivisie title with Feyenoord, Dirk Kuyt has formally announced his retirement from football at the age of 36.

Kuyt scored all three goals in the 3-1 win over Heracles the saw Feyenoord crowned Dutch champions for the first time since 1999.

Not a bad way to bow out, becoming an immortal club legend and all.

The flaxen-haired stallion was in his second spell at Feyenoord, having been the club’s top scorer for three seasons in a row between 2003-2006.

In fact, according to Opta Johan, Kuyt retires having scored more goals (147) and more hat-tricks (9) than any other Eredivisie player in the 21st century.

Of course, Kuyt also attained cult hero status during his six-year stint at Liverpool in the interim, scoring 71 goals in 285 appearances and generally running himself into the ground on a weekly basis.

We think he’s just about earned the right to drink Vimto off a silver platter, don’t you?

Well played Dirk, you will be missed old boy.